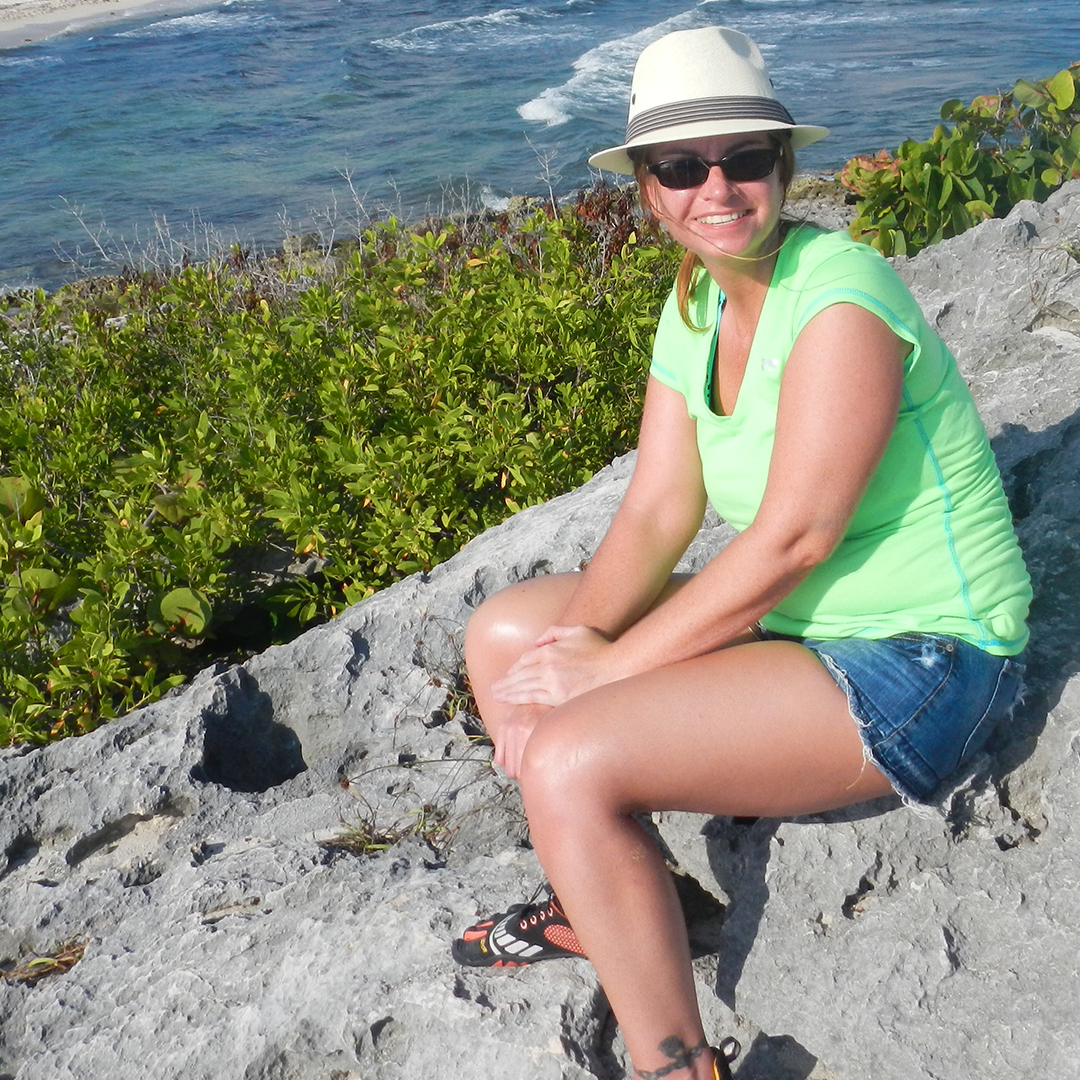 While sitting at a local fibromyalgia support group contemplating her probable diagnosis, Julie Ryan heard the spoon theory for the first time. In that moment she knew she finally had a way to explain how she was feeling.

“When you are healthy you expect to have a never-ending supply of ‘spoons,’” the theory goes. “But when you have [a chronic illness], you need to know exactly how many ‘spoons’ you are starting with.”

Soon after, she received an official diagnosis and launched Counting My Spoons to blog about her experience with fibro.

“Initially it was just kind of a way for me to kind of keep track of what was going on and keep track of the information that I found in relation to my health, as opposed to doing it on my regular blog,” she explains.

But what began as more of a personal project soon became a go-to resource for people with fibromyalgia — not to mention the very reason Julie is grateful for her illness.

“Nothing about where my life is right now would be there if it wasn’t for my illness, so I have to say I’m very much thankful for it.”

Why is support, especially online communities, so important for chronic illness sufferers?

When you’re chronically ill and you’re stuck at home, it’s really difficult to find other people who are like you — I can’t imagine going through this before the days of the internet, when all you had at best was a local support group. When you have the positive communities and the ones that are promoting the ability to live well despite your illness, and to live positive despite your illness, I think that’s extremely important and unfortunately I don’t think there’s nearly enough of that.

Started From the Bottom

But it wasn’t always this way for Julie. For about two years after her diagnosis she was too sick to do much more than lay on the couch. She used her blog, but mostly to share the odd study or article she had found.

“There were times I wondered why it was worth continuing and questioned whether I should bother [with life],” she told NewLifeOutlook.

“Eventually I did reach that bottom point where it was either I check myself into the local hospital and be watched, or reach out to my family and say, ‘Look this is where I’m at, and I need to do something different.’”

“There were times I wondered why it was worth continuing.”

So, she decided she needed to make some changes. She focused on her health and was able to pull through that dark phase in her life and put her energy towards helping herself and others.

“As I was able to find ways to improve my health, then my goal became to give that back to other people and to hopefully help other people who were in my situation,” Julie says.

“Coming through that and getting to the other side — I’m at a different point now,” she says. “There are opportunities in front of me now that never would have been there before.”

It’s really important that we be honest with them and let them see the reality of the situation, because ... if all they ever see is us smiling and happy, then yeah they’re going to question when we tell them how we’re chronically ill.

With her newfound hope, Julie was able to build her blog — named one of Healthline’s best fibromyalgia blogs four times — into a community for the chronically ill.

“A lot of what I write now — I hesitate to call it inspirational, but [it’s] kind of in a way motivational. A lot of people reach out and thank me for that and for the medical studies and for just letting them know they’re not alone.”

Julie has also recently launched a network for bloggers with chronic illness to help them grow their blogs too.

“A lot of people reach out and thank me ... for just letting them know they’re not alone.”

“[I wanted to] answer a need that I saw on my own blog and at the same time answer it for other people as well.”

Niche markets like mommy blogs and foodie blogs are greatly successful for both bloggers and sponsors, but Julie found there was nothing that fit well enough for chronic illness bloggers. So in January 2016 she launched the Chronic Illness Bloggers network, which now supports 400 members.

“There’s so much of that wrapped around what we are that it’s difficult to share it with even those closest to us,” Julie says.

“To allow ourselves to be that vulnerable ... in a way I think it’s easier for us to share it online because it’s not face-to-face.”

“To allow ourselves to be that vulnerable ... in a way I think it’s easier for us to share it online because it’s not face-to-face.”

Talking about their illnesses is just one way chronic illness sufferers like Julie are doing their part to eradicate that shame and stigma.

“Even sharing with strangers there’s a lot of shame and vulnerability, and you have to reach the point where you can allow yourself to do that before you can put yourself out there in that way.”

What advice do you have for the newly diagnosed on helping their loved ones understand?

Give the families a little patience. It’s hard enough for us to understand what we’re going through, and we’re the ones going through it. 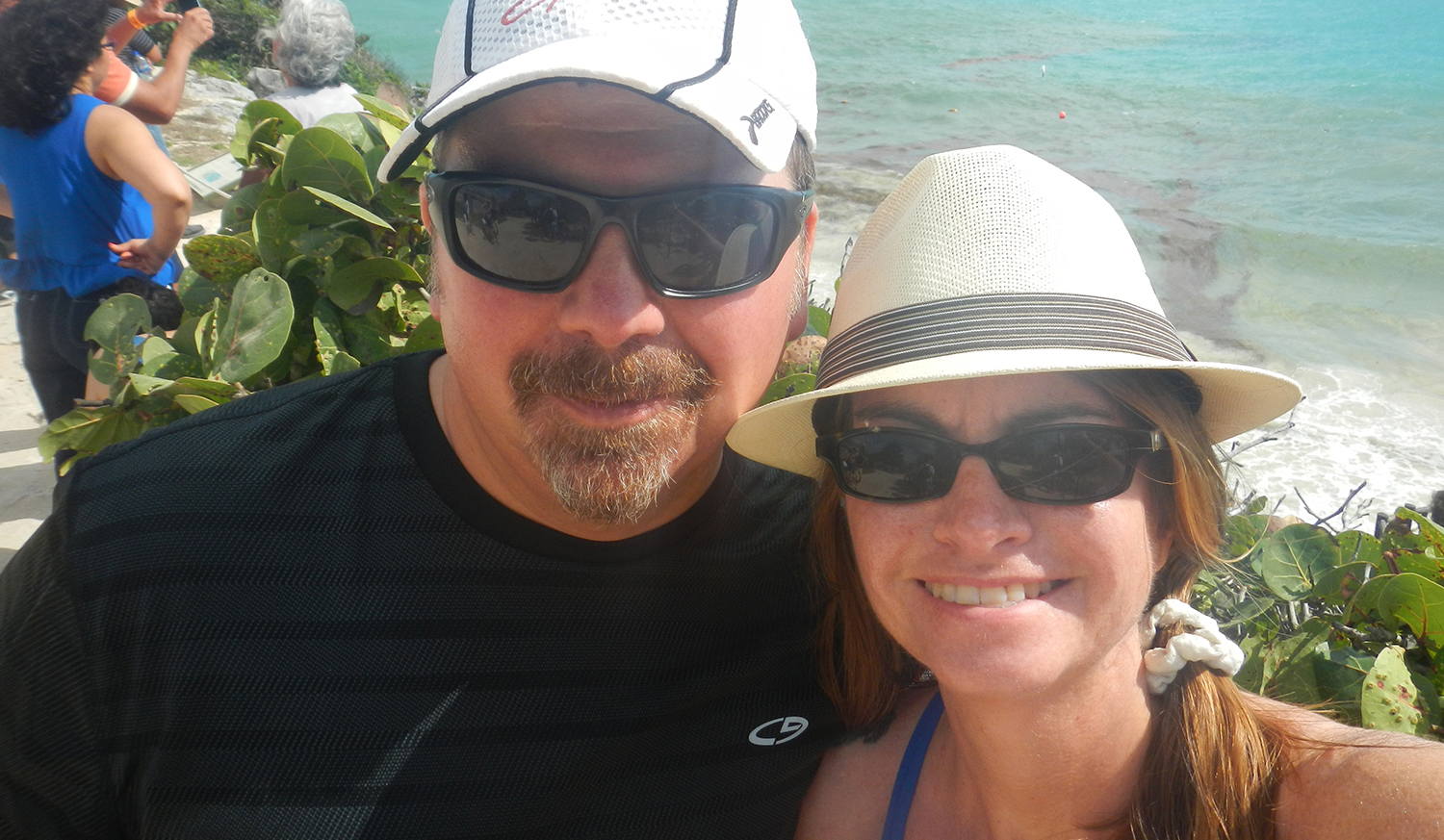 One of the biggest ways the chronically ill are made to feel guilty for their illness is when it comes to self-care, something Julie has always advocated for.

“Self-care is like the least selfish thing that you can do. It’s that whole ‘you have to put your own oxygen mask on first’ thing,” she explains.

“Self-care is like the least selfish thing that you can do. It’s that ... ‘you have to put your own oxygen mask on first’ thing.”

“If you don’t take care of yourself, then you don’t have anything left to give to your family, or to give to those around you. It’s really sad how often we see people not taking care of themselves because they feel like they have to take care of somebody else.”

And while self-care is important, Julie notes that allowing your loved ones to see your illness is crucial for their understanding of the condition.

“It’s really important that we be honest with them and let them see the reality of the situation.”

It’s hard for those on the outside to understand something if they aren’t living it — especially when they don’t witness the pain and suffering chronic illness warriors face every day.

Years ago, even Julie doubted a friend with migraine before she was educated on the condition, and on chronic illnesses in general. She thought perhaps she was being dramatic or making it up to get out of work since she had never really seen her in pain.

“We want to be able to smile and do all those things, but if we don’t let them see the bad too, they’re never going to really understand.” 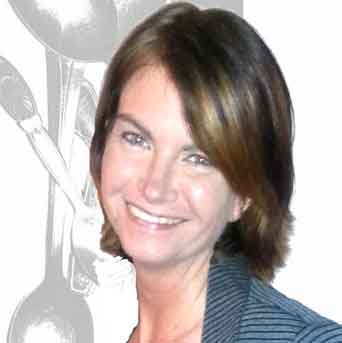 Julie’s goal with Counting My Spoons is to inspire, and encourage and educate other people living with chronic illness.

On her blog, you’ll find thought-provoking posts on various subjects related to living with fibromyalgia and associated chronic conditions, offering practical tips for coping and words of encouragement.

Interviews with chronic illness patients are regularly featured on Counting My Spoons. “Every interview adds new information about living with these illnesses, and each interviewee adds new inspiration,” Julie says.

If you are living with fibromyalgia and would like to share your story with Counting My Spoons, get in touch with Julie to make an inquiry.

When you have a chronic illness, feeling like you’re part of a community and knowing that you’re not alone in your day-to-day struggles is important.

Some voices in this community stand out as pillars of strength, always there to listen and offer words of understanding and encouragement. Their realistic but positive outlook has a way of empowering others.

NewLifeOutlook’s Community Voices project is our way of recognizing these people — and we need your help to do it.

If there’s a blogger, a tweeter, a YouTuber, a Facebook group creator or a forum moderator who inspires you to persevere in the face of chronic pain, fatigue and brain fog, we want to know about it — nominate them by contacting info@newlifeoutlook.com