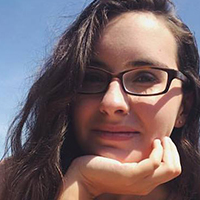 I have been struggling with fibromyalgia since I was 10. Growing up I always thought I had bum joints in my lower body. Doctors just brushed it off as growing pains. I'm a 5 ft tall junior in high school. I haven't grown in a long time.

I didn't get help until almost a year ago. I moved back to my hometown and got in touch with a primary care doctor. After waiting and waiting, for what we thought was just a checkup, turned out to be the start of my diagnosis process.

I had always thought I had ADHD because of my attention problems and memory issues. Well, I was right – and that was the first medication given to me. After a month on the medication the doctor gave me, with quite a few side effects in between, we went back to my doctor.

I told him what was going on because I was still struggling so much in school. I told my doctor about the enormous amount of fatigue I felt 24/7, my joint pain was uncontrollable, and I was getting headaches several times a day. Nothing was getting better. He decided to take a blood test to make sure everything was okay with my thyroid. It was a funny memory now but ended in a panic attack. After the blood results came back clear, he took x-rays of my knees and those also came back fine. He didn't know what else to do – so he sent me to a rheumatologist.

I was put on Cymbalta and Neurontin three times a day. Which kind of helped, but not much. I had an appointment last week, and he doubled the dosage on the Cymbalta which made me sick. The Flexeril he gave me didn't do much either.

I haven't had an appetite in months, and I have to force myself to eat a couple of bites a day. I'm pretty much always nauseous.

I start physical therapy next week. I've tried it before, but that was before my diagnosis. So I'm praying that it will help. I'm also seeing a doctor, my teacher recommended. I'm hoping he'll know what to do whether it be fixing my meds or some other type of therapy.

I want people to know they're not alone.

I used to play on a competitive travel team, in a recreational league, and on my high school's team. I miss the friendships, the schedule, the adrenaline, and the love I had for the sport.

I keep to myself a lot because it's easier that way. I feel alone a lot, but it's okay. I can't hang out with friends as I used to and it's hard to make new ones with my anxiety.

I used to hate asking for help, but now I have to. I just don't want to be a burden to my family or others.

My mom has been one of my biggest advocates. She believes me when I'm in pain. She's my best friend. I honestly don't know what I would do without her.

I have a Chocolate Dalmador (it's a dalmatian-chocolate labrador mix). Her name is Ellie, and she is honestly a blessing from God. My mom came across her one day, and we saw her the next week. I instantly fell in love with her. She put her head in my lap and just looked at me, and I knew she was going to be my best friend. I rescued her, and she rescued me.

She's been with me through a lot of times where I needed someone but had no one. I'm not lying when I say she knows when I'm in pain, having an emotionally hard day, and when I don't feel well. Most of the pain is in my legs. I have no idea how she knows, but she does. She lays on top of my legs for hours at a time to ease the pain. I didn't train her to do that, and she did it on her own. It's called deep pressure therapy. I have no idea what I would do without her.

My aunt and grandmother have also been there for me a lot. They take me to the doctor's appointments when my mom can't take me. They think of ways to help me, look up therapies, medicines, and doctors.

My boyfriend lives where I moved away from so it's hard to see each other. We've known each other since 6th grade. But he is amazing. He loves me –even with all of the flaws that I have. My condition has put a damper on our relationship.

Last but not least, one of my teachers at school. I honestly believe I met her for a reason. She understands what I'm going through and she believes me. She gives me a boost of optimism when I really need it. She always checks on me when she sees me. It means so much to me to have her treat me like that. My friends don't ask me what's wrong or how I'm doing. I know she'll probably never read this, but I want people to know there are still good people in this world.

When it comes to me, there's not much to be proud of these days. The only thing I can even think of is I started painting again. It was the first time in years that my head was clear enough to paint and draw. It's something I love.

I started journaling every day, sometimes a couple of times a day. I talk about what pain I was in, my brain function, and my mood.

Get a pet. I recommend dogs, but that's my preference. It's a form of companionship that you can't get anywhere else. It' so pure and innocent. They're so therapeutic.

Start journaling. I thought it was lame, but it has helped me a lot with my stress. It's somewhere you can say anything you want without any remorse or repercussions. It's a way to vent without the judgment of others. Just keep it to yourself and well hidden. It's no one else's business but your own.

Also, I highly recommend spending time alone. There's something about getting away from the rest of the world and technology that is so peaceful.

Get a pet. I recommend dogs. It's a form of companionship that you can't get anywhere else.

I want people my age to know that they're not alone. 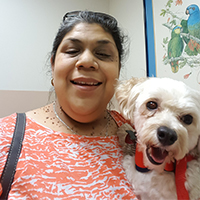 Heather Elkins
"In 2016, I was finally diagnosed with fibromyalgia. I was torn between despair over the thought of having a condition that there was no cure for and elation t..."
Read Heather's Story
See All Stories