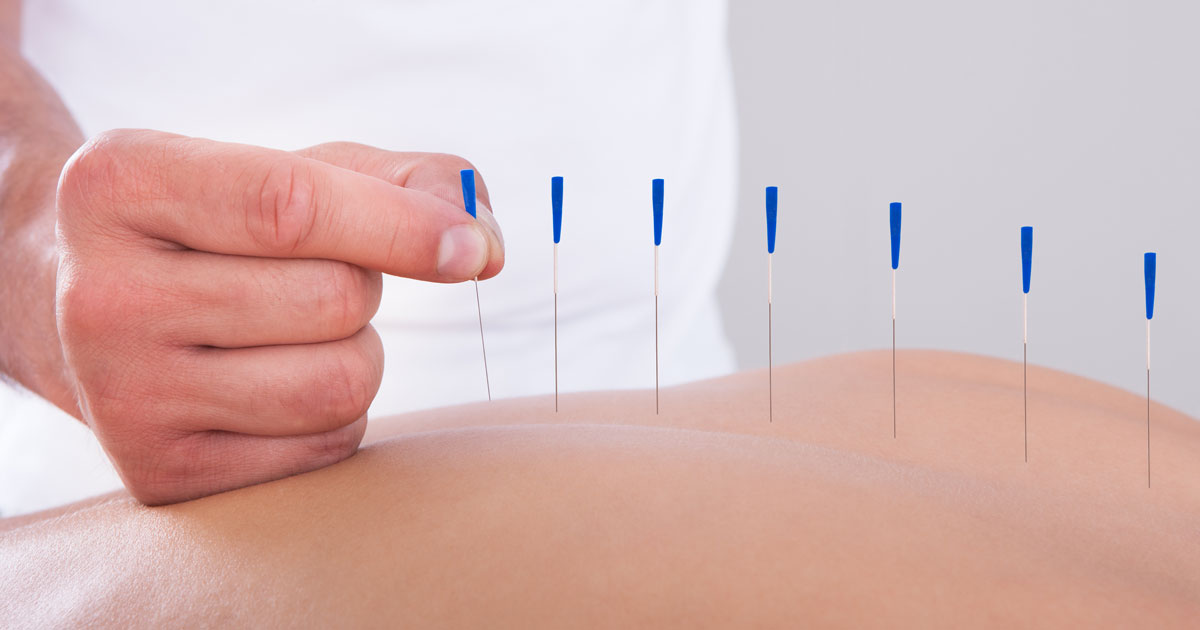 Pros, Cons, and Potential Relief That Comes With Acupuncture for Fibromyalgia

If you’re considering adding acupuncture to your fibromyalgia management plan, you’re not alone: the majority of fibromyalgia patients eventually seek out other physical or psychological therapies to relieve their symptoms, and acupuncture is certainly gaining ground among those alternatives.

Acupuncture appears to work well for certain chronic pain conditions, although research to uncover the specific process at play is ongoing. There is no guarantee it will work for every case of fibromyalgia in the same ways, but there are a few reasons to consider trying out this ancient therapeutic technique if you suffer from fibro pain and fatigue.

What the Studies Say About Acupuncture for Fibromyalgia

Acupuncture has been used for centuries in some cultures, but it’s a fairly recent addition to the Western medical arsenal. Over the past few decades, researchers have seen many benefits come from regular, professional acupuncture therapy for a variety of diseases.

Although more high-quality research is needed to confirm acupuncture’s therapeutic value for fibro patients, studies out of the east and the west have returned promising results. Although it won’t necessarily take care of all your pain, a study published in the Mayo Clinic Proceedings showed acupuncture can measurably improve fatigue and anxiety — and the effects can last for several weeks.

Even though some doctors have been skeptical about acupuncture, citing any reported improvement as the “placebo effect,” the study mentioned above suggests otherwise.

50 fibro patients were separated into two groups: one group received authentic acupuncture treatments, while the other received fake treatments, and patients did not know which group they were in. Based on their answers to multiple follow-up questionnaires, the patients that received the real treatments had less fatigue and anxiety in the month following the treatment.

Although acupuncture may not treat the muscle and tissue pain of fibromyalgia, diminishing fatigue and anxiety can go a long way to a more comfortable life.

How Acupuncture for Fibromyalgia Works

There’s still some mystery surrounding acupuncture and how it improves health. The Eastern explanation is often quite different from the Western explanation, and there’s little consensus on the physical processes that are actually taking place when the tiny needles go to work.

Traditional Chinese Medicine says acupuncture works by unlocking blocked pathways in the body, so the “qi,” or life-force, can flow freely once again. These pathways are known as meridians, and each responds to a group of organs. Depending on which meridians are blocked, different health problems could result.

Western medicine offers a different explanation: acupuncture may be able to stimulate certain nerve fibers, sending signals to the brain to release hormones that block pain. People with fibromyalgia and chronic fatigue syndrome have a low pain threshold, so using the body’s natural pain-relief mechanisms can significantly improve comfort.

Every patient is different, and though results can vary, proponents of acupuncture insist that acupuncture can:

One of the most appealing virtues of acupuncture treatment is the duration of the effects. Several recent studies report that improvements were almost immediate, and could last for months.

And, unlike many medications, the long-lived benefits don’t come with a risk of dependency or complicating side effects.

What Happens During Treatment?

An acupuncturist will probably begin the session by taking your pulse at different points, and then you’ll either sit comfortably or lay down on a table. They will then insert very thin needles along your back, limbs or head — where the needles go will depend on your fibro symptoms.

The idea of multiple needles sticking into your body might not sound very nice, but rest assured you’ll feel very little sensation at all. Sometimes a muscle will twitch as the needle is placed, or maybe you’ll feel a little ache as the acupuncturist moves and twists the needle to activate it.

You’ll be left to relax with the needles in your skin for anywhere from 15 minutes to an hour. You might fall asleep, and that’s perfectly alright! Relaxation is a good thing, and your state of consciousness won’t affect the treatment.

Once the treatment is complete you might feel some ache, which could last for a few days.

Of course, it’s important to consider warnings, acknowledge limitations, and adjust your expectations before starting any new therapy. While acupuncture is considered to be very safe when administered by a trained acupuncturist, it’s not completely without risk.

Side effects are rare, but some people have reported these complications after an acupuncture treatment:

Very rarely, careless positioning of acupuncture needles could puncture an organ, leading to serious emergencies. However, an experienced, professional practitioner (who carried the LAc license) will know the proper position and depth to place the needles to avoid any internal injury.

A promising new therapy can be really exciting, especially if you haven’t been able to find much relief in conventional treatments. But try not to count too much on acupuncture — it may not be the therapeutic savior you’re seeking.

Fibromyalgia brings widespread and variable symptoms, so it makes sense that a combination of treatments often work better than one targeted therapy. If you don’t see improvement in a few weeks after beginning acupuncture treatments, this may not be the right approach for your body.

But don’t despair — other physical therapies, like massage, yoga, progressive muscle relaxation and chiropractic adjustment could bring you more relief.

Angela Finlay
Angela is a freelance writer and blogger committed to learning, understanding and communicating about the matters that affect daily life. From fitness and lifestyle, pregnancy and medical ailments, she has covered a range of health topics throughout her web writing career, contributing to major websites for over three years. She believes that variety is not only the spice of life, but essential for happiness and longevity; as an avid runner, rock climber, artist, and vegetarian cook, her passion for health and vitality stretches into each corner of her life. See all of Angela's articles
More Articles by Angela
Resources
Print This