How to Navigate the Ups and Downs of Fibromyalgia 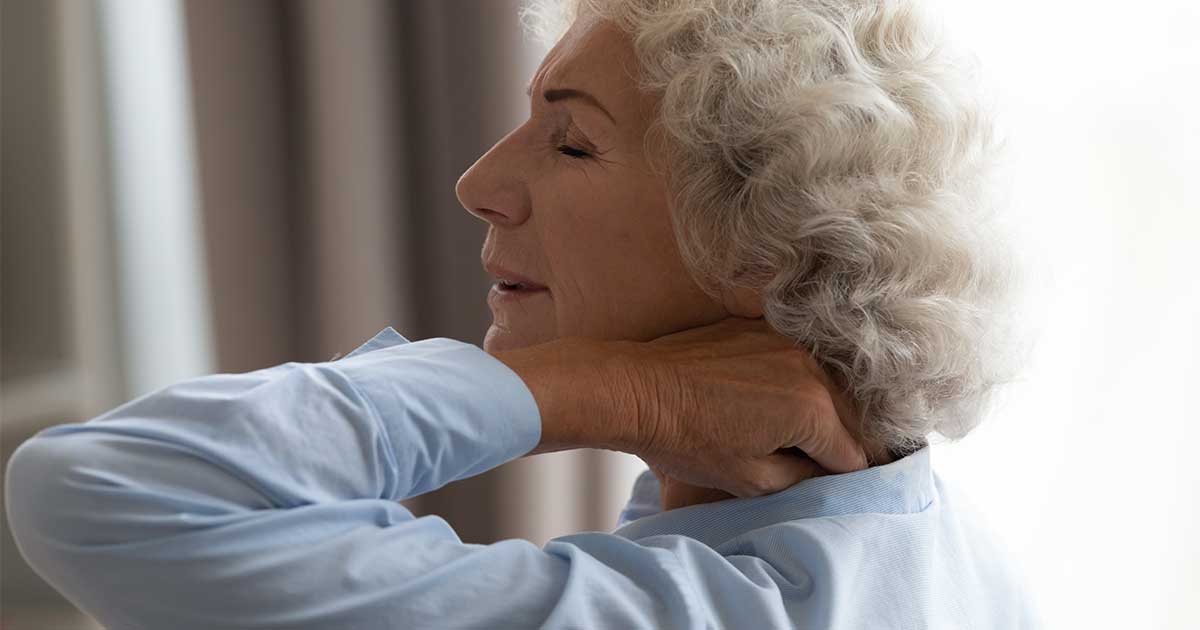 Does Fibromyalgia Get Worse?

It’s tricky to know how to answer the question “does fibromyalgia get worse?” without knowing what you, dear reader, have experienced so far. Fibro is a condition which has flare-ups and periods of what you could call remission, so in simple terms there are times when it gets worse.

My own experience was that the condition crept up on me a little bit. I had just had a baby and at first thought I was just struggling with a combination of baby brain, exhaustion due to having a new-born and older children to care for, and pain as I recovered from my C-section.

As time went on as an experienced mom, I knew that what I was feeling was more than post-partum symptoms, so I sought advice from my doctor. It took months to get a diagnosis, by which time I was using a wheelchair pretty much every time I left the house, needed assistance with using the bathroom and couldn’t stand long enough to prepare a simple meal.

Now, 14 years later, through a combination of pacing and learning to recognize early signs of a flare-up, I can live an almost normal life most of the time. If I go on ignoring the warning signs, I know my fibromyalgia symptoms will worsen.

Is Fibromyalgia a Degenerative Disease?

Even when you experience a big flare-up, one big thing to remember is that fibromyalgia is NOT classed as a degenerative disease, like Parkinson’s or many forms of arthritis.

This is a good thing, and one fact which kept me afloat when I felt really disabled by my symptoms.

It’s true that fibromyalgia will thankfully not officially kill sufferers, but I do have something of a cautionary tale.

My friend’s mother lived for decades with fibromyalgia, and I always admired the way she coped so well. If you didn’t know, you would never think she had any health conditions. We were all shocked when she passed away suddenly.

Her daughter told me she believed fibromyalgia was the cause of her death, as her mom had ignored new pains and other new symptoms for months, brushing them off as fibro flares. It turned out they were not fibro as she thought, but symptoms of a serious health issue which, left undiagnosed, led to a massive fatal heart attack.

The moral of the story is that you should always get new symptoms checked out by a doctor, especially if you’ve been living with the condition for a while and experience new symptoms.

You May Also Like:Why You Should Feel Proud for Taking Your Medications
Related Search Topics (Ads):

So, while fibromyalgia will not cause physical degeneration, it can “get worse” from time to time when flare-ups occur.

The British National Health Service (NHS) website states that stress, physical activity levels and even the weather can impact the condition, setting off a flare-up.

I’d concur with that and add hormones to the list, as although I am in the menopause now, I used to flare when my period was due, and now my body seems to react badly to my daughters fluctuating hormone levels. When my eldest gets her period, I get facial spots with a nice side order of pain and exhaustion.

How Can I Manage Fibromyalgia?

The non-profit organization, The ME/CFS and Fibromyalgia Self-Help Program has an easy to follow pacing tutorial; Pacing is considered one of the main techniques which can help avoid flare-ups caused by physical over-exertion.

You could also consider Cognitive Behavior Therapy (CBT), which can help with pacing, managing stress and coping with mental health issues like depression, which often accompany fibromyalgia.

The US National Association of Cognitive Behavioral Therapists can help you find a therapist, or ask your healthcare provider to refer you to someone local. You can even learn CBT online or over the phone if you don’t feel well enough to travel.

It doesn’t take long to master the technique, which obviously won’t ease pain, but might help you cope with it better. Once learned, you can utilise CBT techniques on yourself without needing input from a counselor.

Another coping strategy which is effective for many is the spoon theory. Imagine that everyone with a health condition with an element of chronic fatigue, such as Fibromyalgia, has a limited number of imaginary spoons which represent energy each day.

Spoonies say that each activity during the day uses a certain number of spoons. So, they have to ration spoons to get through the day without them running out; no spoons equals no energy left for anything — even eating, standing or showering.

You can learn more about spoon theory here.

When you are first diagnosed and you learn there is no combination of pills to pop to make all your symptoms disappear, and no cure, it can be scary. Don’t give up and take to your bed though, as avoiding activity can lead to depression, muscle wastage and other issues.

Since my diagnosis, I have started a successful business (which allows me to work from home instead of the office environment I was used to) and had another child.