Is Fibromyalgia Causing You Sleepless Nights? 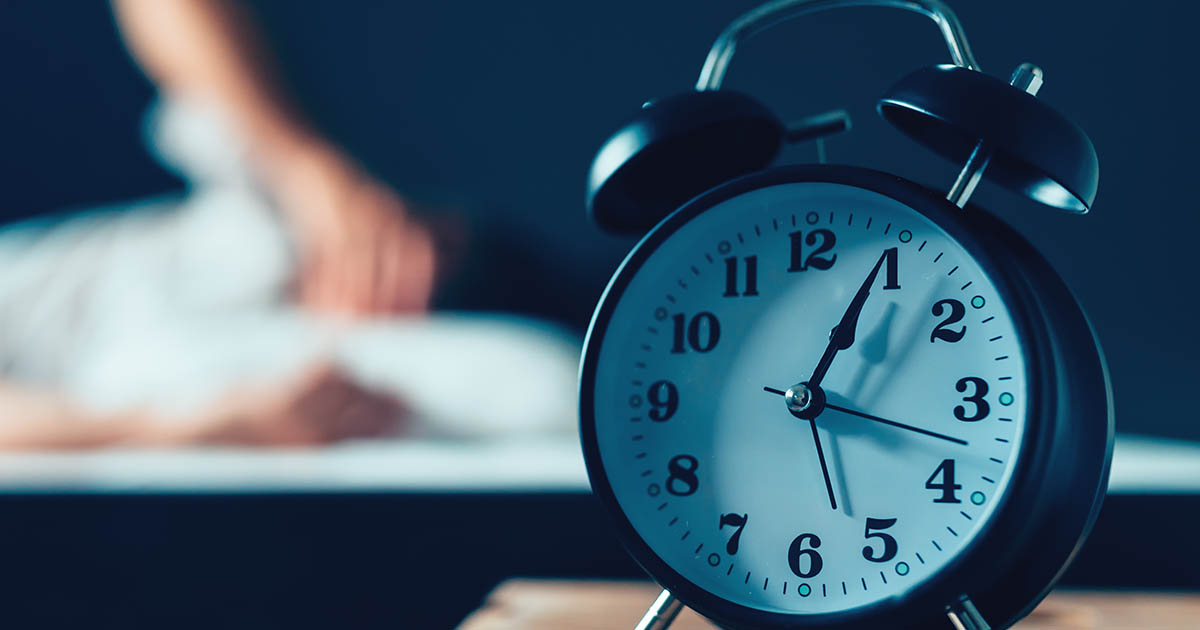 The cycle of the human body is fascinating on many levels. One of the most important regenerative processes of the body is that of sleep.

Adequate sleep is crucial to every aspect of our health. Those dealing with the effects of fibromyalgia, know all too well, that proper sleep can be elusive and hard to achieve.

As I sit down to write this article, ironically, I have been dealing with a major flare-up that has disrupted my sleep and turned my sleep patterns topsy-turvy. I have been sleep deprived for days, until utter exhaustion, only to find myself so fatigued that I have slept for 12-14 hours unable to re-energize and wake refreshed.

What is it about fibromyalgia that wreaks so much havoc in our sleep patterns?

Causes of Lack of Sleep with Fibromyalgia

Many researchers believe people living with fibromyalgia don't get enough deep sleep. In fact, 2 to 10 percent of the population suffer from fibromyalgia and about three-quarters of those who live with fibromyalgia have sleep complaints. The most common is a feeling of non-refreshing or non-restorative sleep.

For those who have fibromyalgia, it doesn’t seem to matter how many hours you sleep, sleep is usually not restorative, so people wake up tired rather than refreshed. This is likely due to an insufficient amount of the deepest and most restorative type of sleep.

If you don't spend enough time in deep sleep, your body lessens the production of important hormones. Decreased production of such hormones may increase pain in people with fibromyalgia.

Similarly, if you don't experience enough REM sleep, your body may produce less cortisol (though the hormone, which controls blood pressure and blood sugar, may be released at any time during sleep). People with fibromyalgia may have low levels of cortisol, which contributes to their excessive fatigue.

Researchers gathered a group of healthy volunteers in a research experiment. When deprived of REM sleep, they developed symptoms of fibromyalgia in a few days: fatigue, cognitive difficulties, irritability, and muscle aches. After disrupting deep sleep nightly for 7 to 14 days, their symptoms were indistinguishable from patients with fibromyalgia.

Insomnia is prevalent in fibromyalgia. Keep in mind that a person’s level of tiredness has nothing whatsoever to do with their ability to get to sleep or stay asleep. It is mistakenly assumed by many that if you are tired enough, you will sleep. This is not the case for someone with insomnia.

Beneficial treatments for insomnia include cognitive behavioral therapy and good sleep hygiene. If you're looking for some excellent sleep hygiene tips, you can find them on the next page.

RLS causes unpleasant and often painful sensations in the legs that force the body to move the legs, to reduce the sensation. The incidence of restless legs syndrome has been found to be in more than 50 percent of people with fibromyalgia, as opposed to seven percent of the general population.

People with anemia may develop RLS. Chronic diseases such as kidney failure, diabetes, Parkinson's disease, and peripheral neuropathy, are associated with RLS. RLS can also occur when the person is awake. On the other hand, antidepressant medications may also trigger RLS. This possibility should be considered if your symptoms began after initiation of mood therapy.

You May Also Like:So You Have a Spouse With Fibromyalgia
Related Search Topics:

Fibromyalgia patients experience improvement in their symptoms of fatigue and sleepiness when restless leg syndrome is treated. Some tactics include:

Possibly the worst sleep condition associated with fibromyalgia is a common condition called sleep apnea. It affects more than 18 million adults in the United States, according to the National Sleep Foundation.

Sleep apnea is a disorder that causes you to stop breathing, or have very shallow breathing, while you sleep. This pause in breathing can last for seconds or minutes and may occur 30 or more times in an hour. If you have sleep apnea, you may not know that you've stopped breathing during the night, but you may wake up choking or gasping for air.

Sleep apnea episodes can also make you fall out of deep sleep and into a light sleep, which affects the quality of your rest and may lead to tiredness throughout the day. The disorder gets its name from the Greek word apnea, which means "without breath."

The Different Types of Sleep Apnea

There are three types of sleep apnea:

Apnea is a treatable condition. A common remedy is the use of a CPAP (continuous positive airway pressure) machine. The patient wears a mask through which a compressor delivers a continuous stream of air, keeping the airway open and thus allowing uninterrupted sleep.

Use of a CPAP machine can eliminate 90 percent to 100 percent of a person's sleep apnea. Other treatments are also used for this condition, including oral or nasal devices and surgery to enlarge the airway.

According to sleepeducation.com, normally your brain causes your muscles to relax and be still as you sleep. This is called “atonia.” Sleep paralysis can result when atonia happens while you are awake. It occurs when you are waking or falling into sleep, and your body cannot make the transition into REM properly.

One patient who reported sleep paralysis stated that the episodes frequently occurred for her upon waking. She said that she was paralyzed from the neck down in horrible pain, they lasted up to 20 minutes.

You May Also Like:How to Identify and Manage the Different Kinds of Fibro Chronic Pain
Related Search Topics:

Finally, I leave you with the advice that I tend to give no matter the topic concerning fibromyalgia. Be kind to yourself! Don’t let others’ expectations shame you concerning your sleep patterns or push you to do things your body cannot do.

You know your body’s “clock” and how you feel from day to day. If it is a restless night, don’t feel guilty about sleeping in. If a short nap in the day helps replace sleep lost the night before and doesn’t disrupt sleep for the current night, then, by all means – take a nap! Listen to your body and adjust to its rhythm.

If the activities of those around you affect your sleep, politely excuse yourself to your “quiet place.” If you have not created an oasis and better environment for sleep for you, take time to do so. It is important to do all you can to combat the conditions that try to rob your sleep.

Those with fibromyalgia learn to become attuned to their body’s clues day to day. When energy abounds go with the flow. When fibromyalgia flare-ups rear their ugly heads, rest, regroup and pamper yourself. No matter what, don’t give up!