Understanding Pain Points and How They Affect Fibro Patients 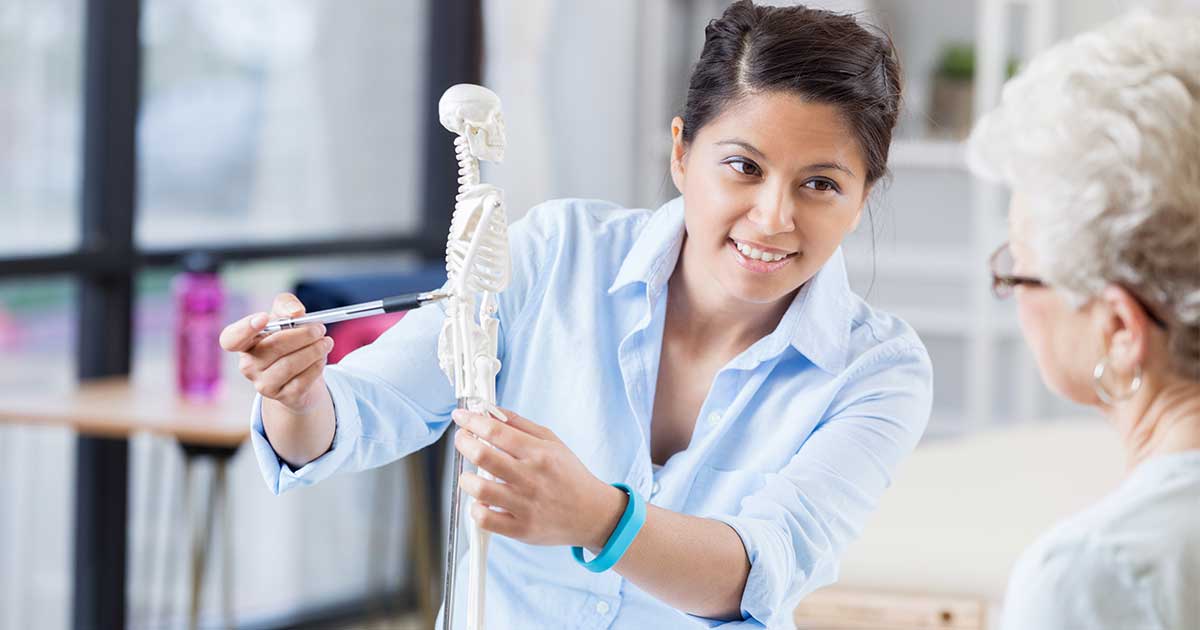 For someone with fibromyalgia it might seem like every part of their body is one big pain point, but experts can identify specific pain points which can help diagnose this chronic condition.

When I first experienced symptoms in 2006 I visited my doctor’s office multiple times complaining of pain, extreme fatigue, and confusion. I had recently had a premature baby in rather stressful circumstances, and I believe the well-meaning medics thought my symptoms were a result of my new mom lifestyle.

However, this was not my first baby and I knew the difference between the tiredness which comes with a newborn and what I was experiencing.

Thankfully my mum, increasingly concerned with the change in me, booked an appointment with a specialist. I didn’t know anything about fibromyalgia pain points and was baffled when the rheumatologist applied light pressure to varying areas of my body querying whether they hurt or not.

After her examination she revealed she had used the 18-point check for pairs of tender points, also known as Fibromyalgia pain points.

What Are Tender Points?

These tender points are the same thing as the areas some people refer to as pain points. The 18 points come in pairs.

The nine pairs are situated in these locations on the body:

According to The National Center for Biotechnology Information, the points were first identified in the 1970s, after research and publications from Hugh Smythe (1972) and Smythe and Moldofsky (1977).

The idea was that if the patient reported pain on 11 or more of these points, it indicated a high probability of fibromyalgia, which along with other reported symptoms, could provide enough information for a diagnosis.

The American College of Rheumatology included counting tender points in their 1990 Fibromyalgia Diagnostic Criteria, establishing that 11 of the 18 tender points had to be present and cause pain for at least three months.

However, updated diagnostic guidelines in 2010 did not include the tender or pain points. It was felt it was difficult to be consistent with the test as different practitioners could apply different pressure with some using more force than others. The discrepancy in pressure was leaving many people with fibromyalgia undiagnosed.

I think I was lucky as the doctor carrying out my test must have had the ability to apply perfect pressure as I felt the tenderness, and some spread of pain to surrounding areas which made diagnosis easy for her.

Unfortunately, despite ongoing research there is still no definitive diagnostic test for fibromyalgia. However, although the 18-point tender points test is largely not used today, doctors do take into account reported widespread pain in several areas of the body, on both sides and above and below the waist for a length of time (usually at least three months) when considering a diagnosis.

This information about the position of painful points helps build a picture of your symptoms which might indicate fibromyalgia. Since pain of this type and in the same areas may also be common in other conditions, a good doctor would usually carry out tests to eliminate other conditions with some similarities, including arthritis, ME, multiple sclerosis and rheumatism.

How Can I Reduce Pain in Tender Points?

Just because the 18 points aren’t tested for diagnosis purposes anymore, it doesn’t mean they don’t still hurt if you have fibromyalgia. So how can you reduce pain that can come and go and affect varying areas of your body from day to day, or even hour to hour?

Well, you could invest in a bed that feels more comfortable. I found a memory foam mattress caused less pain at night. You could add a memory foam topper to your existing mattress for a cheaper solution.

You could do what I do when visiting hotels or staying with friends and family: I take along a soft cosy blanket and lie on top of the duvet which seems to ease the pain at night.

There are medication options. A doctor friend of mine recommended Nortriptyline (sometimes sold under the brand name Pamelor) which helps with neuropathic pain. It was the single most effective change I made to my life after diagnosis as it reduced uncomfortable skin sensations, helped me sleep, and cut down my anxiety. Be sure to talk to your doctor about what medications may be available to you.

Practice pacing so you don’t overdo things or conversely rest too much, both of which can cause pain and fatigue to increase. Ask your healthcare provider to recommend a pacing or cognitive behavior therapist to teach you techniques.

For me, one useful technique for minimizing my perception of the pain was a more positive mental attitude. When I was wheelchair and bed bound, I realized I was spending time mentally touring my body, checking what hurt.

Now I try very hard to not think about it and it does make a difference on many days.

However, there are still days when I cannot ignore the pain, and I’m back in the wheelchair and unable to carry out the simplest of tasks.

This is simply because without real understanding of the causes of fibromyalgia, or any hint of a cure or even reliable treatment, the ability to tolerate the pain is not always in our control. No one should feel bad if positive thinking doesn’t always make a difference.

Fibro Warriors should know there are times when symptoms win, and they just need to do their best to save their spoons and hope the flare up passes soon.