How Does Depression Affect Those Living With Fibromyalgia? 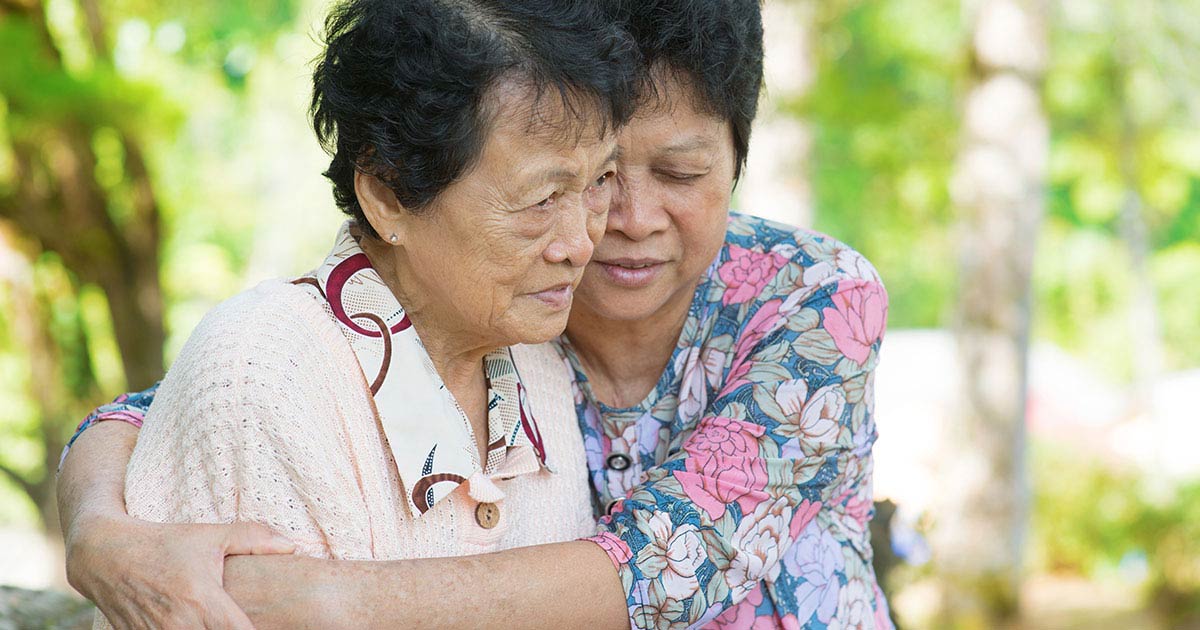 With contributions from Katarina.

Fibromyalgia and depression frequently go hand-in-hand as close to 90 percent of fibromyalgia sufferers will have depressive symptoms at one point, and up to 86 percent of patients could wind up with major depressive disorder, or MDD. In one-third of fibromyalgia cases, patients are depressed at the time of diagnosis, so it can be difficult to determine which disorder came first.

If you are able to address depressive symptoms immediately, you can prevent many uncomfortable consequences to your home and work life. Watch out for these common markers of depression in fibromyalgia:

There are different types of depression that can affect fibromyalgia sufferers. Clinical depression is severe and lasts for weeks or months at a time, while bipolar disorder and seasonal affective disorder (SAD) are more sporadic and can be difficult to predict.

How Anxiety and Depression Aggravate Fibromyalgia

Although the severe sadness and emptiness of depression can be difficult to handle, the tension, worry and nervousness that distinguish an anxiety disorder can be just as damaging for fibromyalgia patients.

Experts believe that both depression and anxiety can affect the way your brain perceives pain, causing greater or more sustained painful sensations. Abnormalities in the sympathetic nervous system may be to blame for this higher pain sensitivity in fibromyalgia patients, and together with nervousness, worry and general insecurity, that discomfort can be a big burden.

Ultimately, it’s more difficult for people who suffer from anxiety and depression to deal with the stressors that come with fibromyalgia, which makes targeted anxiety treatment very important. If depression and anxiety are left untreated, a patient will almost certainly lose control over their symptoms and their impact on family life, work responsibilities and financial obligations.

The Best Treatments for Fibromyalgia and Depression

Depression and anxiety can take different forms in different people, but stress seems to be a universal trigger. Since an overload of physical and emotional stress can aggravate depressive symptoms, some of the most effective treatments for depression in fibromyalgia aim to relieve these symptoms.

One of the most effective treatments for fibromyalgia and depression is a program called cognitive behavioral therapy (CBT). Studies have found that participating in CBT can help reduce pain, depressive thoughts, and improve quality of life for people with chronic pain.

A core part of the program is learning to identify negative thinking traps or cognitive distortions. These are thoughts that “sound rational and accurate, but really only serve to keep us feeling bad about ourselves." This negative self-talk can fuel a sense that negative experiences are catastrophes, which further increases stress, anxiety, depression, and pain.

Your doctor can refer you to a CBT program offered individually or in a group format.

This program, which teaches mindfulness to patients, had demonstrated remarkable benefits for reducing fibromyalgia pain as well as anxiety and depression. “Mindfulness is awareness that arises through paying attention, on purpose, in the present moment, non-judgmentally,” according to Jon Kabat-Zinn, a pioneer of mindfulness in medicine.

Being mindful means intentionally being present with your breath, thoughts, feelings, and sensations. You can practice mindfulness through meditation, body scans, mindful eating, or mindful movements like yoga or Tai Chi.

One research review compared 38 studies involving a total of 3500 participants. It examined previously published studies which investigated the effectiveness of mindfulness meditation as a treatment for chronic pain. They found that mindfulness meditation was associated with a significant improvement in depression, physical and mental health-related quality of life.

You can find an MBSR program offered in your community through your doctor.

Music has a powerful effect on the mind – listening to music is associated with the release of dopamine, a feel-good neurotransmitter that is known to have a role in the body's natural pain-relieving mechanisms. It also produces relaxation, which in turn can help to lift your mood and ease your pain.

Music that you find relaxing familiar is likely to be the most effective for improving mood and pain levels.

You May Also Like:The Link Between Fibromyalgia and Chemical Sensitivity
Related Search Topics:

Doctors are increasingly handing out "green prescriptions" for depression –  recommendations to get out into nature several times weekly. In Japan, this is called "forest bathing," which refers to the practice of immersing yourself in the sensory experience of being in a forest.

Science supports this practice. People with chronic widespread pain that participated in a two-day nature therapy program reported a significant improvement in stress levels and mood, a decrease in pain, along with a strengthened immune system.

Participants of traditional Japanese forest bathing direct their attention towards the sights, sounds, smells and feeling of being in nature. Studies have found that a measurable increase in relaxation occurs after spending time in the woods, either while walking or sitting: reduction in levels of the stress hormone cortisol, lower pulse rate, and lower blood pressure.

Researchers have investigated the therapeutic benefits that people who live with chronic pain derive from using social media. One study published in the National Institutes of Health found that some of the reported benefits from a global survey of chronic pain social media users included:

Other studies have found that patients with chronic pain who use social media report positive health outcomes. The University of Melbourne found that a positive impact on the "emotional burden" of living with chronic pain was the most reported health outcome of using social media, as well as "cultivating relationships" with other people and a greater "enjoyment of life."

There are many online support groups and forums for fibromyalgia. Many people find local chapters on Facebook.

Angela Finlay
Angela is a freelance writer and blogger committed to learning, understanding and communicating about the matters that affect daily life. From fitness and lifestyle, pregnancy and medical ailments, she has covered a range of health topics throughout her web writing career, contributing to major websites for over three years. She believes that variety is not only the spice of life, but essential for happiness and longevity; as an avid runner, rock climber, artist, and vegetarian cook, her passion for health and vitality stretches into each corner of her life. See all of Angela's articles
More Articles by Angela