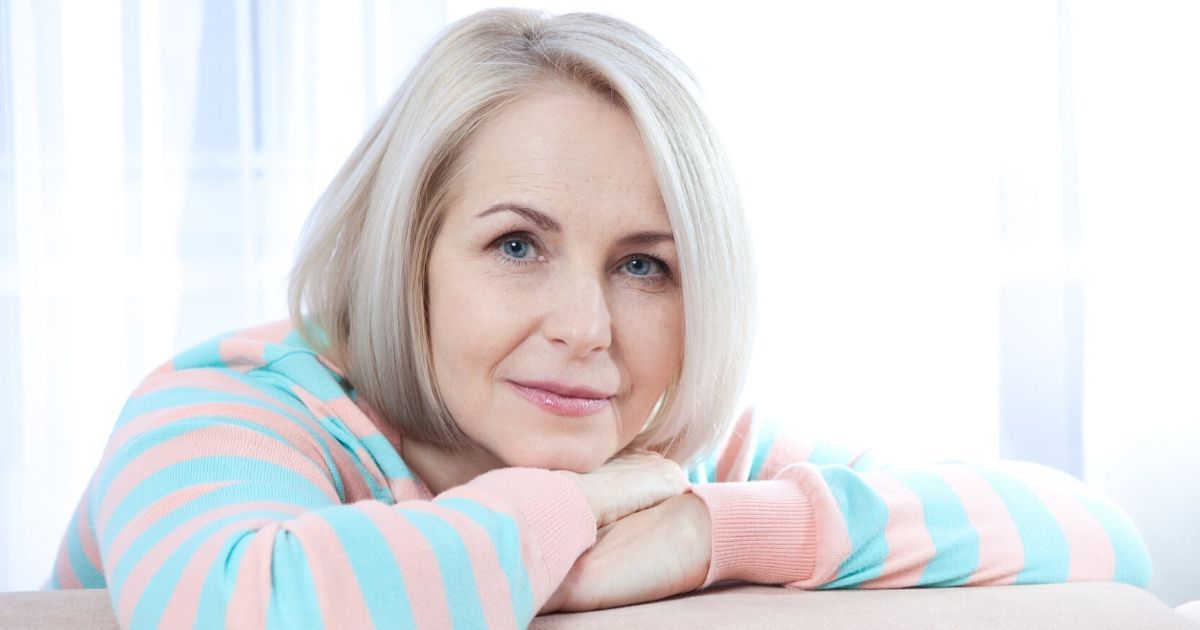 For many women, menopause can be a tricky time of life with some experiencing symptoms which can be inconvenient or even distressing. The last thing anyone needs is a health condition which can make menopausal life even more difficult.

Fibromyalgia and menopause can both trigger similar symptoms, so many women may not be able to identify which condition is causing which issues. Some women may not even realize that fibromyalgia could be the culprit and blame menopause for all their symptoms.

Menopause is the stage in a woman’s life which marks the end of her fertile years. The average age for menopause is around 45 to 55, but it can occur in the 30s or as late as age 60.

As levels of the female hormone estrogen decline, the ovaries stop releasing eggs, and women might experience any number from a range of physical and emotional changes.

What many people call menopause is actually perimenopause (when levels of estrogen first start to decrease).

Perimenopause can last for years. At first, women might just notice that their periods become erratic, lighter or heavier, or longer or shorter.

Physical and emotional symptoms may begin to manifest themselves, including mood swings, hot flashes, anxiety and depression, skin and hair changes, sleep issues, and loss of sex drive.

Eventually periods stop altogether, and when a woman has not menstruated for 12 months, she is officially deemed in the menopause. Women who no longer menstruate are deemed post-menopausal.

Fibromyalgia is a health condition which can cause chronic fatigue, body-wide pain, sleep issues, a heightened pain response to even light pressure and memory issues dubbed "brain fog". It affects people of all ages, genders and ethnicities, but is most common in women.

There is still much debate about the origins of the health condition which as yet has no definite cause, cure or a reliable treatment which works for all diagnosed with it.

I was diagnosed with fibromyalgia over 13 years ago, a few months after my baby was delivered by emergency Caesarian Section. I had a spinal block and back then it was thought that surgery of this nature could cause fibromyalgia.

The general consensus is that menopause does not cause fibromyalgia but can prompt similar symptoms including sleep issues, depression and fatigue.

The decline in estrogen levels during perimenopause can also have an effect on the perception of pain, which could mean some women become aware of pre-existing but un-diagnosed fibromyalgia.

Any new symptoms or a change in existing symptoms should always be checked out by a doctor, even if you think they are attributable to menopause or fibromyalgia.

As a sobering warning, my friend’s mother who had fibromyalgia died after ignoring pain which turned out to be a fatal heart attack. She brushed aside her daughter’s concerns and refused to seek medical assistance saying her pain was "just" fibromyalgia.

You May Also Like:7 Common Fibromyalgia Pressure Points to Be Aware Of
Related Search Topics (Ads):

The Effect of Menopause on Fibromyalgia Symptoms

Researching my condition online, I read many articles which claimed that menopause often "cured" fibromyalgia. A friend who is a doctor also told me this and related anecdotal evidence of a patient who was almost housebound by the condition, until menopause when she recovered completely and could go out dancing.

However, a quick search on the internet uncovers reports that sometimes the menopause appears to prompt or worsen symptoms.

This belief that menopause can exacerbate or help reduce the effects of fibromyalgia indicates that maybe there is a hormonal element to the condition.

A study in 2018 by researchers at the Neuroinflammation, Pain and Fatigue Laboratory at the University of Alabama at Birmingham concluded that levels of sex hormones do have a clinically significant impact on fibromyalgia pain.

Lead study author and lab director Jarred Younger PhD said, "there's literature going back 100 years that sex hormones have an effect on pain ... we tracked women over a month and saw the ups and downs of their pain, then tracked when something in the blood also went up or down".

Although the sample size of the study was small, tracking eight women with fibromyalgia, the researchers discovered a link between varying progesterone and fibromyalgia pain levels.

When I was still menstruating, I definitely noted an increase in the severity of my symptoms just before my period.

I have to say even though I am post-menopausal, my fibromyalgia is no better, although with two teenage girls in the house I wonder if my body is still somehow reacting to their hormones.

My symptoms seem to worsen when their periods are due, but stress can also exacerbate fibromyalgia symptoms, so maybe I’m reacting to the stress of living with girls with pre-menstrual tension.

Managing Fibromyalgia Before, During and After Menopause

Whatever stage of life you are at, experts generally recommend regular light exercise and a healthy diet to help people with fibromyalgia. Swimming and aquarobics can be excellent options as long as you can find a warm pool with warm changing rooms, as getting cold can cause some people’s symptoms to flare.

Avoid smoking, try to manage your weight and limit alcohol. These measures may not specifically target fibromyalgia symptoms but will help you attain better health overall and may help you cope better.

During the perimenopause, many women find that Hormone Replacement Therapy (HRT) can help with both fibromyalgia and menopause symptoms. Talk to your doctor about different types, combinations and delivery methods. I found skin patches worked very well for me as my brain fog meant I occasionally forgot whether I had taken my tablets.

Post menopause it’s a good idea to continue with regular exercise whilst being careful not to overdo things. Cognitive Behavior Therapy (CBT) and counselling can be useful to help you learn to pace yourself, and your doctor may be able to prescribe medication to help with pain and sleep issues.

It may be useful to remember that menopause is a stage of life that will pass and that while fibromyalgia may slow you down, it is still possible to enjoy a fulfilling and life with the condition.