What and Where Are the Tender Points of Fibromyalgia? 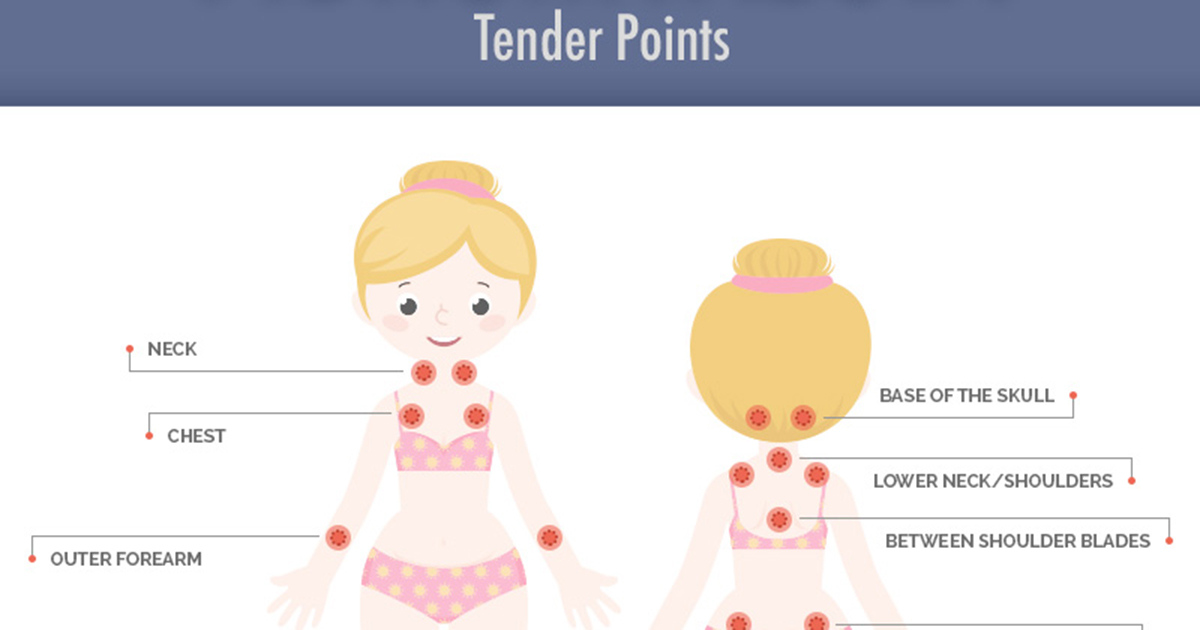 Years ago, I taught a class on the “power of touch.” There was a case study on the healing effect of human contact and touch.

Those who received hugs, light massage and affection experienced a greater reduction of pain as well as a shorter recovery period than those who did not. The physicians conducting the research took the study even further by visiting a burn unit.

While the patients could not tolerate touch, the therapists would simply wave their hands slowly over the body just inches from the patient. It seems that the patient could still “feel” the healing effect of closeness and experienced reduction in pain as well as faster recovery.

As a person who is quite affectionate by nature, I have experienced the healing effects of touch. Sometimes a hug or a soft embrace can melt away stress and pain as no medication can.

When I first began to show symptoms of fibromyalgia though, it was heartbreaking to me to not be able to tolerate touch like I once had. I was a hugger, and it wasn’t fair!

There were days when I even felt as if my hair hurt. I couldn’t stand to blow dry or brush my hair. Hugs or handshakes were like torture on those flare-up days. At night when I laid down, it hurt for my knees or ankles to touch each other, or my hands and arms to touch the mattress.

Of the multiple symptoms and conditions that fibromyalgia brings, the pain of fibromyalgia tender points and trigger points is one of the most difficult to get used to.

What Are Fibromyalgia Tender Points?

These places hurt when you press on them. They are often not deep areas of pain.

Instead, they seem to be just under the surface of the skin. It has been speculated that fibromyalgia is due to sensitivity in the nerves of the body which would explain the surface pain of these tender points.

The place that’s the most tender is usually tiny, about the size of a penny. These spots are much more sensitive than other nearby areas. In fact, pressure on one of the tender points with a finger will cause pain that makes the person flinch or pull back.

Doctors don’t know for certain what causes these pressure points, but they do know that their locations are not random. They happen in predictable places on the body. That means many people with fibromyalgia have similar symptoms with their tender points.

Routine lab tests do not detect the widespread pain of fibromyalgia. Instead, a doctor diagnosis by a physical exam of these pressure points.

To be diagnosed with fibromyalgia, the patient must experience pain in at least 11 of the eighteen tender points.

Where Are Fibromyalgia Tender Points Located?

If you suffer from fibromyalgia, you might ask, “Where doesn’t it hurt?” on many days.

Still, the specific tender points common to everyone diagnosed with fibromyalgia are scattered over the neck, back, chest, elbows, hips, buttocks, and knees.

You May Also Like:Fibromyalgia Brain Fog — How Do We Cope?
Related Search Topics (Ads):
Next